Who’s Playing Glastonbury Festival 2017? Here’s What We Know So Far…. 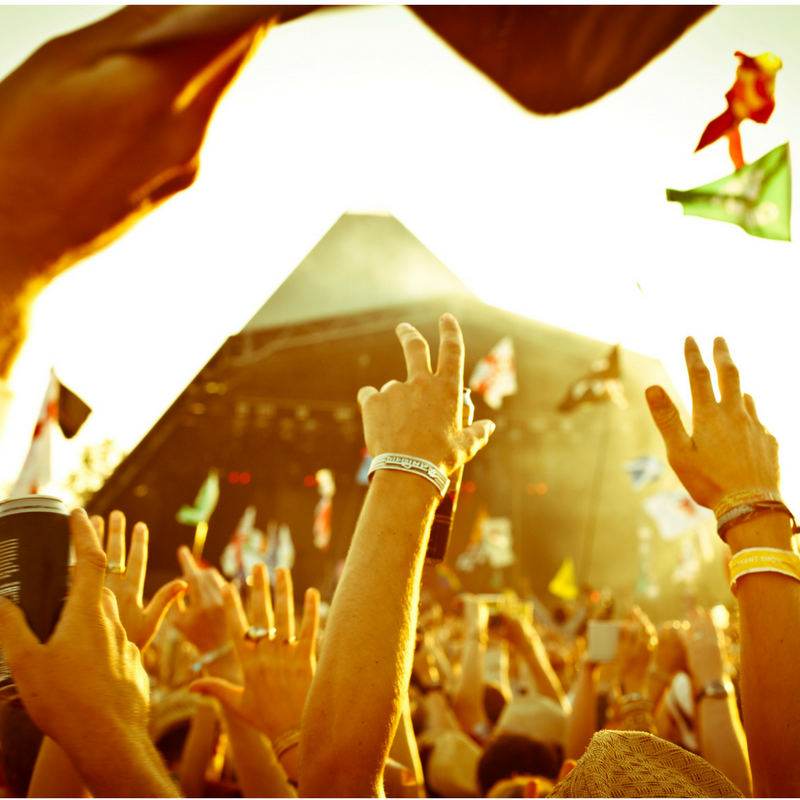 Debate over this year’s Glastonbury Festival line up is certainly hotting up this week. With Radiohead confirmed by Glastonbury and the band themselves via social media on Thursday 20th October we haven’t had to wait long for our Friday night entertainment to be announced. The question now is what do we know about the coveted Saturday and Sunday headliner slots?
We’ve put together a list of our guesses of the 3 remaining headliner/legend slots based on rumours, hunches and nothing more than personal opinion!

What Are The Rumours So Far?

One of the first hotly backed bands to resurface this year has been The Stone Roses. With a new album and UK tour dates leaving a Glastonbury shaped hole, many had these pegged as certain headliners and even considered an Oasis comeback to be part of the Manchester revival Glasto contingent. However, in a recent interview with NME, Emily Eavis has debunked this;

“There’s no more [headliner] announcements now for a while, but I will tell you the other two that have been rumoured aren’t happening,” she said. “There was a news story that said Daft Punk and Stone Roses. That’s not true. I don’t know where that came from.”

That takes out the speculation of Daft Punk too. So who can we look to for the remaining slots?

Phil Collins is back on the scene after the solo artist and former Genesis drummer has announced five dates in London next June. Phil Collins would certainly fill the Sunday legends slot well and has also been heavily rumoured for a slot, prior to Emily Eavis discounting The Stone Roses and Daft Punk.
The question is; did Emily deliberately miss Phil Collins out of her sentence because he is actually appearing? We think he’ll be there so we’re tipping Phil Collins as our Sunday legend slot.

After a recent return at a charity gig Foo Fighters are hotly tipped for a Saturday night headliner spot. They certainly have unfinished business at the festival! (Foo Fighters had to pull out of Glastonbury in 2015 due to Dave Grohl’s broken leg).
Foo Fighters have previously said on the record that they would love to be back on the Glastonbury line up, which is why we are tipping them as Worthy Farm Saturday night headliners.

Still missing off our list of hotly tipped acts currently circulating the interweb is punk band Green Day, who are supposedly visiting London in the Summer for a gig just after Glastonbury. However, we are going for Lady Gaga as our final tipped act. Gaga was present for the festival in 2016 and was even tipped for a surprise performance with Mark Ronson for a DJ set in the Shangri-La. This never materialised… could she be there this year? We think so!